Reporting to the Police

Reporting to the police

If you are in immediate danger, call the police on 999.

There is a common misconception that domestic abuse must involve violence, but this is not the case. The abuse can be physical or sexual, but it doesn’t have to be. This is why this this new offence is so important, because for the first time, coercive and controlling behaviour, psychological, emotional and financial abuse is criminalised. The offence recognises that domestic abuse involves many abusive behaviours and not only physical abuse and threats.

You can report domestic abuse even if it took place abroad so long as you are a UK citizen or Scotland is your usual place of residence.

If children are present when the abuse occurred (even if they were not the main focus), then the offense will automatically be considered more serious and a “child aggravator” can be applied..

This domestic abuse offense applies to abuse which has occurred since 1st April 2019, when the law came into force; it cannot be used retrospectively. You can still contact the police to report historic domestic abuse though as this may be covered under existing criminal offences such as threatening and abusive behaviour, stalking, harassment, breach of the peace, assault, rape or sexual assault.

In an emergency, call the police on 999.

For non-emergencies, you can call the police on 101 to report a crime or visit a local police station to speak to them in person.

If the abuse is not ongoing, you can also choose to report domestic abuse by completing a form on the Police Scotland website: https://www.scotland.police.uk/secureforms/c3/.

If you are unable to speak when you phone 999, try to listen and respond to the operator’s instructions. For example, they may ask you to tap the phone or cough to make yourself heard.

If you are calling from a mobile, you may hear an automated message prompting you to dial 55 to let them know that you require assistance.

Responding to reports of domestic abuse is a priority for Police Scotland.

If you report domestic abuse, the police should take the following actions:

The police can detain the person in question (e.g. your partner) and interview them during the initial investigations.

If the police believe that there is enough evidence that the person has committed a crime, the police can then arrest and charge them.

The police will send a report to the Procurator Fiscal who will decide if there is enough evidence to proceed with the case.

When you are reporting domestic abuse, it is important to know that you have rights, including:

When releasing or ‘liberating’ a person on an undertaking, the police impose ‘conditions’ on the person to protect you, for instance that they are not allowed to contact you or come to a certain address. If the person breaks these conditions, it’s a criminal offence. The police should notify you as soon as possible if they release them on an undertaking and tell you the conditions on the undertaking.

Following the first court appearance, the person you reported may either be detained in custody until a trial, released on bail, or released with no further action. You should be informed as soon as possible about the outcome by the police or by VIA (Victim Information and Advice).

If they are released on bail, you should also be informed of any bail conditions, which can include special bail conditions for your protection such as to prevent them from contacting you or requiring them to reside at a different address. It is a criminal offence for them to breach these bail conditions. If they breach the conditions of their bail, phone 999 to report this to the police as soon as possible as they should take action to arrest the person in breach.

For more information about what happens next, see ‘Going to court’.

We understand that it can be difficult to decide whether to involve the police if you have been experiencing domestic abuse.

Every situation is different and it is your decision whether or not you want to report what you have experienced. Police Scotland are committed to tackling domestic abuse and take it seriously.

Provided you are not in immediate danger, you may find it helpful to take some time to consider this carefully and seek support before making your decision. Domestic abuse is crime in Scotland and you have the right to report this, if you decide to.

You may find it helpful to contact your nearest domestic abuse service, such as Women’s Aid or FearFree, for support while making your decision.

If you report domestic abuse and then later decide that you would prefer for the police to stop investigating you can contact the police or the court to express your wishes but it may not be possible to halt the proceedings. Note that it is not possible in Scotland for you to decide to ‘drop the charges’ as the decision to charge and prosecute is the decision for the police and the Fiscal alone, not the person reporting the crime.

Police investigations might continue even if you decide you no longer want them to. This may be done in the interest of your safety or to ensure you are not being pressurised.

If the person has already been charged, it is up to the Procurator Fiscal to decide whether proceeding with the case is in the public interest and whether there is enough evidence. They should consider your wishes, but they may still decide to proceed. There is a joint protocol between Police Scotland and the COPFS which gives more information on this.

The Disclosure Scheme for Domestic Abuse Scotland (DSDAS) gives people the right to ask the police about whether their partner has a history of domestic abuse. Concerned friends and family can also use the scheme to ask about someone else’s partner.

The police also have the power to tell people that they may be at risk of domestic abuse, without anyone having applied to the scheme.

Bear in mind, if you share information about your experience of domestic abuse in the process of applying, the police will investigate this to establish whether a crime has been committed. If it is not your intention to report domestic abuse to the police at this time, or you are applying about someone else’s partner, you should take care not to inadvertently give information that prompts an investigation, the outcome of which may be out with your control.

You should also be aware that if you apply to the scheme and the police do not disclose any historic abuse, it is not a guarantee of safety and it is still possible that the person may have an abusive past. For example, a lack of a disclosure could also be because:

To apply to the Disclosure Scheme for Domestic Abuse Scotland, you should contact the police on 101 or at a local police station. You can also apply online on the Police Scotland website here: https://www.scotland.police.uk/secureforms/disclosure/.

You can call the police on 999 in an emergency.

For non-emergencies, you can call the police on 101. Alternatively, you can visit a local police station or complete a form on the Police Scotland website.

Women’s Aid specialise in supporting women, children, and young people who have experienced domestic abuse. They may be able to help with both emotional and practical support, including with the decision and process of reporting to the police.

For more detailed information on reporting domestic abuse, the Scottish Women’s Rights Centre’s have a useful guide: ‘Reporting Domestic Abuse to the Police – Your Rights’.

ASSIST is a specialist independent advocacy service that can support victims of domestic abuse after an incident where a person has been charged or is likely to be charged with a domestic abuse related crime. They are available in: Glasgow City, East Dunbartonshire, East Renfrewshire, West Dunbartonshire, Argyll and Bute, Inverclyde, Renfrewshire, North Lanarkshire, South Lanarkshire, North Ayrshire, South Ayrshire, East Ayrshire. They are also available in Edinburgh for male victims only.

EDDACS is a support and advocacy service for female victims of domestic abuse crimes going through the court process in Edinburgh.

Victim Support Scotland provide support, practical assistance, and information to victims and witnesses of crime in Scotland. Their service is free and confidential, and they have an office in every local authority area. 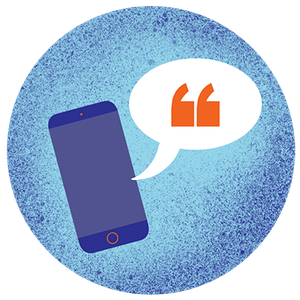